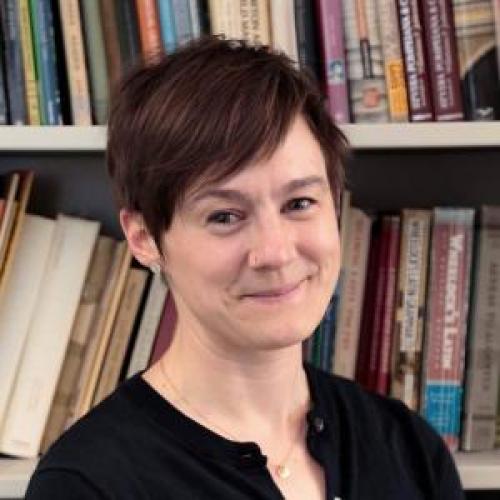 I am an archaeologist specializing in ancient wall painting of Europe (Pompeii) and the Levant (the Galilee). I am also a visual artist, particularly traditional painting and drawing. In additional to my individual projects I work on painted plaster for the ongoing Huqoq Excavation Project and Tel Kedesh Excavations (1997-2012). Undergraduate students interested in participating in archaeological fieldwork, especially at Huqoq in Israel, are encouraged to contact me.

History of Art and Classics; (Minors: Latin and Studio Art)

What is “Classical” Art? Broadly it refers to the art of ancient Greece and Rome and more specifically, to a style of realistic visual representation developed between 480-323 BCE in ancient Greek city-states. As this course will explore, however, the art identified as Classical reflects a complex and pan-Mediterranean tradition of visual culture. This course focuses on visual culture from the Greek, Etruscan, and Roman centers of the ancient world between 600 BCE - 138 CE. It will also include study of textual sources on art, artists, and contemporary world views.

This course is an introduction to ancient Greek Mythology. During the semester we will focus on specific mythological figures and their traditions through the texts and works of art that preserve them. Whether the medium of myth was oral, textual, visual, or a combination thereof, it was ever-present in the lives of ancient people. Myths were not only fantastic stories but also informative and didactic. They reinforced social, sexual, and gender norms. They identified the origins and characteristics of people, places, and things, similar to the way that science and history operate for us today.