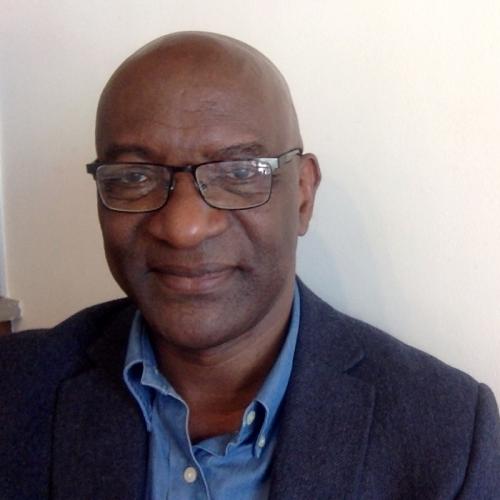 Professor Jean-Michel Mabeko-Tali holds a PhD in African History from the University Paris VII-Denis Diderot, France. He is a Specialist of Central African History, and has published a two-volume study in Portuguese on Angola's Anti-colonial liberation movement: Dissidências e Poder de Estado: O MPLA perante si próprio 1962-1977 (Caminho/Nzila, 2001), Volume I: 1962-1974, and Volume II: 1974-1977. He also published a book in French on national identity and Political Transitions in Africa: Barbares et Citoyens – L’ Identité Nationale à l’ Épreuve des Transitions Africaines (L'Harmattan, 2005), which provides a comparative analysis of the emergence of national identity in Congo-Brazzaville and Angola. His book Guerrilhas e lutas sociais: O MPLA perante si próprio, 1960-1977: Ensaio de História Política is a newest and expanded version of his book Dissidências e poder de estado. He is also the author of several articles on social and political issues that affect Angola and Congo, which have been published in French, Portuguese and Angolan Academic Reviews.

Professor Mabeko-Tali has been teaching Central African History at Howard University since the Fall Semester of 2002. Prior to that he taught at the Angolan State University “Agostinho Neto”, in Luanda in the Republic of Angola, and in France as Visiting Professor and Researcher at the “Ecole des Hautes Etudes en Sciences Sociales”, and “Maison des Sciences de l'Homme”, in Paris.

He is a founding member, and, since then board member of the French Academic journal Lusotopie (Center for Black Africa Studies, Paris/Bordeaux, France) in 1994, in which he has published several articles. Professor Mabeko-Tali is also a founding member of the College of Literature and Social Sciences (Faculdade de Letras e Ciências Sociais) of State University “Agostinho Neto”, in Angola. He is board member of Journal of Higher Education published by the African Union’s Council for the Development of Social Science Research in Africa (CODESRIA), based in Dakar, Senegal and a founding member and the Scientific Director of the Angolan “Centro de Estudos Sociais e Desenvolvimento” (CESD - Center for Social and Development Studies) and Editor of its review “Caderno de Estudos Sociais” (Social Studies Notebook).

From 2001 to 2003, he served as the Diplomatic Adviser to the Embassy of Republic of Congo in Angola.

Additionally, Professor Mabeko-Tali has published two novels in French, both of which are inspired by contemporary social and political realities of the Republic of Congo.

In 2009, Professor Jean-Michel Mabeko-Tali was nominated a member of the Scientific Committee for the Pedagogical Use of the General History of Africa. The first phase of this project, completed in 1999, consisted of rewriting the history of the African continent. Published in eight volumes, as well as in an abridged version, and translated into thirteen languages, the General History of Africa represents the efforts of some 350 African and world specialists over 35 years. The second phase of the project, on the pedagogical use of the General History of Africa, has been designed on the basis of recommendations from several meetings organized by UNESCO during and after the completion of Phase I. Its main objective is to revise history education n schools and universities – in Africa as a priority – through the promotion of African perspective that will contribute to the process of regional integration. Within the project, history textbooks, a historical atlas, a CD-ROM for use in African primary and secondary schools, and teachers’ guides will be elaborated, training for history teachers will be improved, and the teaching of the General History of Africa in higher education will be promoted across the region. In 2015, Professor Mabeko-Tali was also nominated member and contributor of sub-committee of UNESCO International Scientific Committee for the elaboration of the IX volume of General History of Africa. As such, he contributed to the elaboration of the contents that volume with a comparative analysis of the nature of postcolonial States in both Angola and the Republic of the Congo.