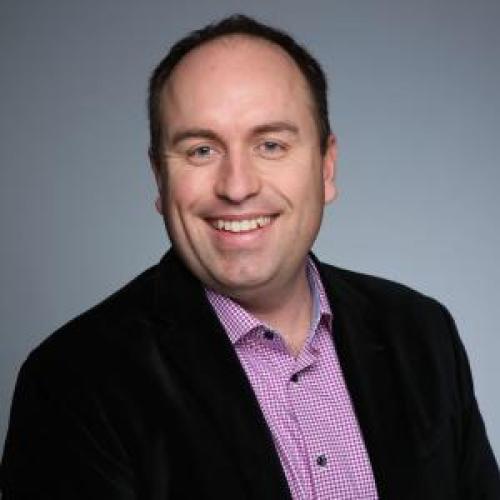 Eliseo Jacob has a Ph.D. from the University of Texas at Austin with a background in contemporary Latin American and Brazilian literary and cultural productions. As a faculty member in the Department of World Languages & Cultures at Howard University, he teaches courses on Portuguese language and Brazilian popular culture that focus on issues related to gender, race, and citizenship.

Dr. Jacob's recent publications contextualize literary and cultural representations of the urban periphery as part of a larger analysis regarding the relationship between race, masculinity, and citizenship in contemporary Latin American urban spaces.  His current book project, Masculinidades Marginais: Rethinking Race, Gender, and the City in 21st Century Brazil, is an examination of cultural productions produced by writers and artists from underrepresented communities in São Paulo in order to understand how representations of male youth raise larger questions surrounding citizenship.  He asserts that writers and artists from contemporary marginalized urban communities in the Americas are employing creative strategies that are inherently political due to their ability to contest hegemonic discourses on how Black and brown bodies can affirm their identities in the space of the city.

His literary and cultural studies scholarship has been complemented by the development of research and teaching methods related to the digital humanities. Since 2019, he has been a scholar in the Black Book Interactive Project at the University of Kansas with a focus on creating metadata schema that addresses race-related issues. His current digital humanities project, “Afro-Artivism: Activist Cultural Practices in Urban Spaces,” interrogates the dynamic relationship between race, space, and citizenship, and it uses the Scalar digital platform to create data visualizations of complex artistic networks in São Paulo, Brazil.

Dr. Jacob was recently awarded a Fulbright U.S. Scholar Award for the 2021-22 academic year.  He developed a project on writing communities in the urban periphery of São Paulo and collaborated with faculty at the University of São Paulo. For the 2022-23 academic year he will be an ACLS (American Council of Learned Societies) Fellow completing his book manuscript.

Languages and Literatures of Spanish & Portuguese

Ph.D.
The University of Texas at Austin
2014

Dr. Jacob was awarded an American Council of Learned Societies (ACLS) Fellowship for the 2022-23 academic year.  He will use the fellowship to complete his monograph Masculinidades Marginais: Race, Gender, and the City in 21st Century Brazil, which uses the theoretical framework of counterpublics to analyze contemporary Latin American literary and cultural productions with a focus on masculinity and race in urban settings.

Dr. Jacob was recently awarded a Fulbright U.S. Scholar Award for the 2021-22 academic year to conduct research in Brazil.  He will conduct a research project on writing communities in the urban periphery of São Paulo and collaborate with faculty at the University of São Paulo.

"Binho: Poetry as Social Practice in the Periferia of São Paulo." Middle Atlantic Review of Latin American Studies, vol. 5, no.2 (2021)

“The Organic Intellectual and the Bandido: The Periferia as a Site of Black Civic Engagement in Ferréz’s Manual prático do ódio.” Itinerários – Revista de Literatura Brasileira, n. 46  (2018)