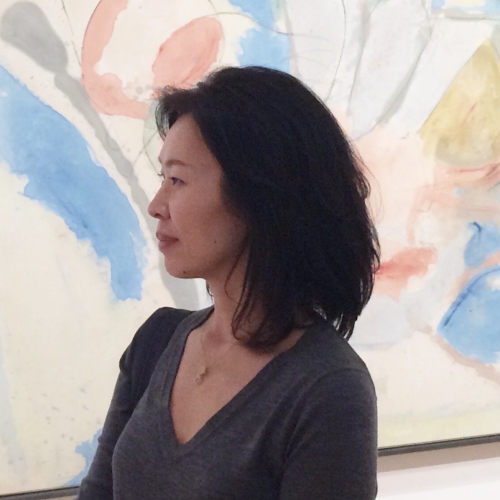 Professor Sue Kim is a lead lecturer on the Korean language and culture. She received her Master's degree of Arts in Education at the University of Illinois at Urbana-Champaign, and graduated from Ewha Womans University, Korea, and Pratt Institute, New York. She has taught Korean to students at Howard University as well as U.S. government diplomats and senior-level military officers globally and virtually for many years. Her expertise includes immersion programs, language testing and teaching, and curriculum development. Most recently, Professor Kim lectured Korean at the Foreign Service Institute of the U.S. Department of State, Virginia, and Middlebury College, Vermont. She is a member of the National Language Service Corps (NLSC), and has also served as a selection panel for the U.S. State Department’s Critical Language Scholarship Program. Her office is located in Locke Hall 360.

Language is a great gift. Communication initiates between two individuals through language, but then it swells into a community, a culture, and a nation. The Korean language represents the unique cultural aspect of Korean people. When I teach Korean, I not only use grammar and theories as a learning foundation, but I devote much time to discussing the cultural background such as history, food, and family traditions. Learning the Korean language without knowing these backgrounds is nothing but memorizing knowledge.

The relationship between the U.S. and South Korea is becoming more significant in global affairs and economies. The need for experts who can comprehend the Korean language and culture is a priority at this time. Since the Korean War, it is not only the sweet taste of Korean barbeque that has grown spicier, but also the Korean spirit through language and culture. We watch films about how Korean citizens fought for their political freedom and civil rights in the 1980’s. I would love to share my passion and real-world experience with you because we need a future of Korean representatives to spread appreciation for our language and culture!

Education
University of Illinois at Urbana-Champaign
2002

* Field Trip once in every semester

University of Central North Carolina, College Language Association Conference, 2019
“Voices in Korean and African Literature”
Introduced works of a Kenyan writer and a nominee for Nobel Prize in Literature Ngugi wa Thiong’o, and Korea’s renowned poet Chi-ha Kim; discussed the similarities in social and political situations in Korea and Kenya in the 1960’s

Howard University, Asian Film Week, 2017, 2018, 2019
Served as a Chair to direct a week-long film festival for the movies in Chinese, Japanese, and Korean; students participated in writing movie reviews

U.S. Dept. of State, Critical Language Scholarship Program (CLSP), 2018, 2020
Served on a final selection panel for CLSP to give a study-abroad opportunity for American college students to learn Korean

Chicago Children’s Museum, Mays of 2008, 2009, 2010, 2012
Served as an Art Director to direct the museum’s annual cultural event, “Passport to the World: Korea”; acted as a liaison between the museum and various Korean public/private organizations; provided translation to Korean Adoptee Association, and Korean-War Veterans Association