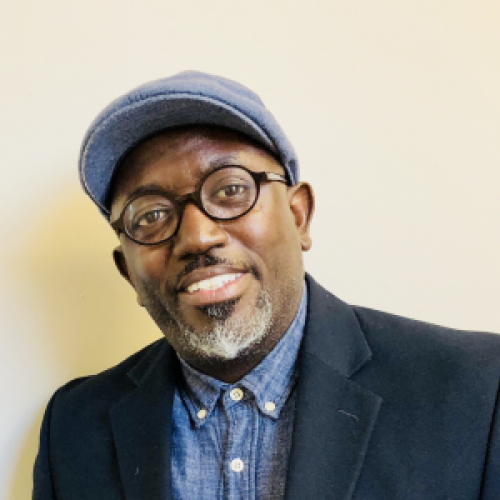 Roger Caruth attended Clark Atlanta University, receiving a B.A. in Mass Communications and an M.P.A. in International Administration and Development, and went to John Marshall Law School where he received a Juris Doctor degree with an emphasis on Entertainment, Business and Technology law in 1999. He then went on to pursue doctoral studies and received a Ph.D. from Howard University in 2013.

Dr. Caruth is currently an assistant professor in the Department of Strategic, Legal and Management Communication (SLMC) of the Cathy Hughes School of Communications. He has taught at Morgan State University in the Strategic Communications Department, Baruch College, Zicklin School of Business and Queens College, and Political Science Department, both a part of the City University of New York system, and Georgia Perimeter College in the Department of History and Political Science. He recently concluded a three year Research Fellowship in the Annenberg School for Communication at University of Pennsylvania. He utilizes interdisciplinary approaches to cultivate effective communications strategies through theory and practice incorporating diverse and interdependent traditional, social, digital and emerging media.