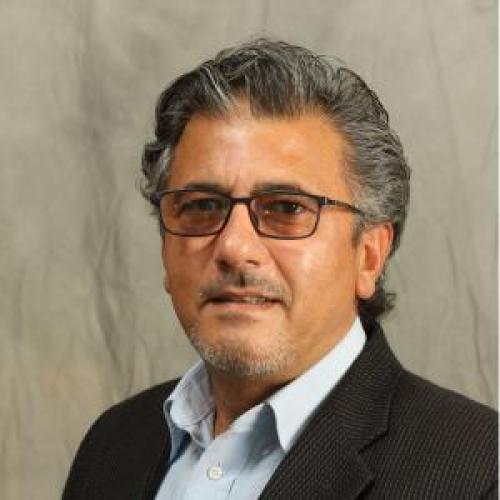 Dr. Abbas is an associate professor in the microbiology department and a member of the Molecular Genetics Research Group at Howard University’s National Human Genome Center. His expertise in DNA analyses and HLA genotyping are critical to NHGC’s ongoing research program in cancer research and other health disparities. Dr. Abbas is an Assistant Professor of Microbiology in the College of Medicine. He received his Ph.D. from Howard University (HU).  Dr. Abbas’s research is focused on investigating polymorphisms in genes underlying innate and acquired immune responses and their associations with health disparities. His research originated from the scientific fact that adaptation to pathogens in the environment is the primary function of the host immune system and as such a target in the evolution of genomic polymorphisms that are protective in host defense against pathogens. Dr. Abbas’s immunogenetics interests extend to immunoreactive cancers. As a leader in the HU-NHGC, he is presently reviewing and cataloging cancer specimens that display lymphocyte infiltration with the goal of analyzing expression profiles of cancers to determine neo-antigens displayed by such tumors. He is currently the Howard University-National Human Genome center (HU-NHGC) sequencing core supervisor and the Molecular genetics Biorepository director. He also acts as the Director of the HU Sickle Cell Disease Center Biorepository by coordinating the collection, handling, processing, and banking of valuable clinical and environmental samples collected under specific projects. The major goal of these efforts is to provide a centralized Biorepository infrastructure at HU that will speed the translation of basic research to treatments and cures. Dr. Abbas established collaboration with the Howard University’s Department of Psychology to investigate genetic variations in neurotransmitter receptor genes and certain behaviors such as addiction and aggressiveness. This work resulted in a pilot grant to investigate genetic variationS in the human serotonin receptor gene (5-HT7) and its association with immune response and HIV/AIDS. Currently, Dr. Abbas is a co-investigator on an R01 grant 1(R01MD005851-01A1 (P.I. Sadaatmand Forough). This grant investigates violence exposure, immune functions & HIV/AIDS risks in African Americans. The primary goal is to identify subgroups of African American young adults who may be at greater risk for exposure to HIV and should be targeted for prevention programs.

Immunogenetics in Health And Disease

Investigator, SR01MD005851-02 (Sdaatmand, Frough, PI), 09/01/2015- 02/15/2017   $60,000, Gender stratification of behavioral and biological pathways associated with violence exposure, depression, immune function, and risks to HIV/AIDS. The primary goal of this trans-disciplinary study of African American young adults is to develop a predictive model to identify gender differences which, based on their exposure to urban violence, may be at greater risk for HIV/AIDS and should be targeted for existing prevention programs.

Principal Investigator, Howard University College of Medicine Bridge Funds and Pilot Award Program, 11/23/2015-11/21/2016, $25,000. “Association of Genetic Variation in Serotonin Receptor 5HT2A with Markers of Innate and Adaptive Immunity” The goal of this research project is to examine the hypothesis that innate and specific immune markers are associated with genetic polymorphism in Serotonin receptor 5-HT2A expressed on immune cells. This will help to identify African Americans that are at risk for inflammatory diseases related to environmental stressors and increase the risk of health disparities.

Co-Investigator/ Director of Biorepository Core. P50HL118006 (Robert Taylor PI) 7/1/2014-present, NIH/P50 Center for Hemoglobin Research in Minorities (CHaRM). The aim of this funding is to establish a centralized Biorepository infrastructure at the Sickle Cell Center. This will speed the translation of basic research to treatments and cures.

Principal investigator, a Pilot project awarded from 5R24DA021470-04 (P.I. Kathy Sanders-Phillips) NIH/NIDA, 8/1/20012-5/1/2013, $14,431.45. Research Training in the prevention of drug abuse &AIDS in communities of color. Pilot Project Title: Genetic Variation in the Human Serotonin Receptor Gene (5- HT7) and Its Association with Immune Response and HIV/AIDS. This pilot study examined potential relationships between serotonin receptors and immune function utilizing data that has been collected in a study titled “Biological and Social Correlates of Drug Use in African American Emerging Adults.”

Co-investigator, 1R01MD005851-01A1(P.I. Forough Sadaatmand), 7/12/2012-1/31/2017, $359,440.00, NIH/National Institute on Minority Health and Health Disparities. Grant Title: Violence exposure, immune functions &HIV/AIDS risks in African Americans. The primary goal of this study is to identify subgroups of African American young adults who may be at greater risk for exposure to HIV and should be targeted for prevention programs.

Director of the NHGC, HU Sickle Cell Disease Center, and the RCMI Biorepositories. The goal of this research is to coordinate the collection, handling, processing, and bio-banking of valuable clinical and environmental samples collected under specific projects.

Investigator, W. Montague Cobb Research Laboratory at Howard University. My role is to supervise and assist in ancient DNA extraction and genotyping from over 400 years of African American bone collections. This will help trace recent historical events by integrating ancient genomics and modern genomics.