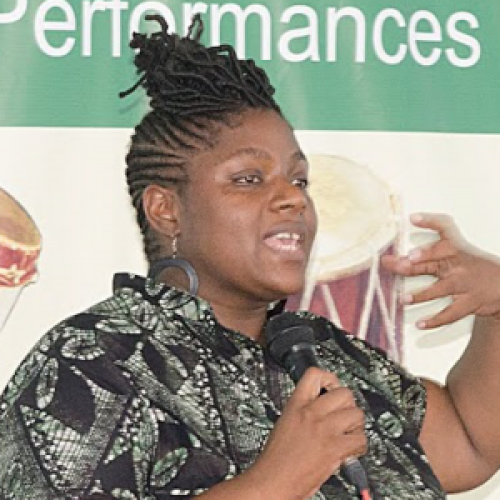 Dr. Msia Kibona Clark is an Associate Professor of African cultural & feminist studies in the Department of African Studies at Howard University. She is originally from Tanzania and received her doctorate in African Studies from Howard University in 2006. Her work focuses on African feminist thought and African popular culture. She has published three books (Hip Hop and Social Change in Africa: Ni Wakati, Hip-Hop in Africa: Prophets of the City and Dustyfoot Philosophers, and Pan African Spaces: Essays on Black Transnationalism). Her more recent articles and book chapters include “Hip-Hop and Human Rights in Africa”, “Feminisms in African Hip-Hop”, “The Contemporary African Diaspora”, “The Evolution of a Bicultural Identity, in the Shadows of Nyerere’s Pan Africanism”, and “African Women and Hip-Hop in the Diaspora”.

She teaches the courses "Black Women & Popular Culture" at Howard University and "Hip Hop and Social Change in Africa", which is a joint course between George Washington University and Howard University. Along with students in the Hip Hop in Africa course, she produces The Hip Hop African Blog hosted at hiphopafrican.com. The site is also home to The Hip Hop African Podcast, which is also on iTunes, Spotify, Stitcher, Google Play, and other podcast platforms.

Dr. Kibona Clark was a Fulbright Scholar at the University of Dar es Salaam (2013/14), and she is currently a member of the Board of Trustees for the Diaspora Community of Tanzanians in America (DICOTA), and a member of the Council for the Development of Social Science Research in Africa (CODESRIA) and the African Studies Association of Africa. Additionally, she sits on the editorial boards of the Journal of African Cultural Studies and the Global Hip Hop Studies Journal

Dr. Kibona Clark is also a photographer who has exhibited her work online and in print publications, as well as in art and photo exhibitions in Tanzania and the U.S.

Social Media & Political Change in Africa and the U.S.