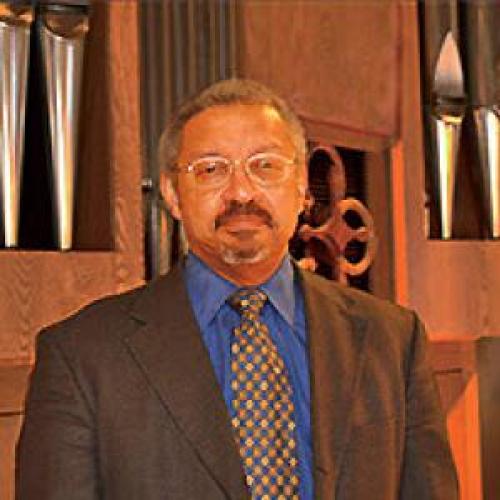 Dr. Terry was the Second Prize winner of the 9th Annual Clarence Mader National Organ Competition (Los Angeles/Pasadena, 1986), and a finalist in both the Michigan International Organ Competition (Ann Arbor, MI, 1987), and the Flint International Competition (Flint, MI, 1989). He is currently the Organist of Fairfax Presbyterian Church in Fairfax, Virginia. Dr. Terry has concertized throughout the United States and the Bahamas, and has been broadcast several times on American Public Media's "Pipedreams," the official radio program of the American Guild of Organists. Dr. Terry was also a featured recitalist at the national and regional conventions of the American Guild of Organists. Moreover, he has presented masterclasses, lectures, and music workshops at various institutions around the country.  He has been a featured artist at Washington's John F. Kennedy Center for the Performing Arts and organ recitalist at the Piccolo-Spoleto Music Festival in Charleston, South Carolina.

Dr. Terry has taught on the faculty of Georgetown University and has written several journal articles for The American Organist Magazine, The Diapason, and the British journal Choir and Organ, as well as The Musical Quarterly. There is also an article that appears in Volume IV of Essays in American Music (Garland Publishers, 1999). He is the former Sub-Dean and Program Chair of the District of Columbia Chapter of the American Guild of Organists. He has also served on the Advisory Board for the ECS/AGO African-American Organ Music Series published by E.C. Schirmer Music Company of Boston. Dr. Terry is the editor of a critically-acclaimed, multi-volume African-American Organ Music Anthology published by MorningStar Music Publishers of St. Louis.  He is the current recipient of a 2021-2022 Artist Fellowship from the District of Columbia Commission on the Arts and Humanities.

Blacks in the Arts; Concert Choir

Blacks in the Arts is a course that is designed to provide students with general knowledge and understanding of the contributions of African-American artists and the interrelationship of their achievements with the world of art and culture.  It is hoped that students will profit from the integrated discussion and demonstration of three types of artistic expression: music, theatre, and visual art.  The course also provides a thorough grounding in the history of African-Americans as it pertains to the development of the arts.Concert Choir is a performance entity (for course credit) wherein students learn the music repertory of the choral literature.  This music includes works by traditional European Classical Composers such as Bach, Beethoven, and Mozart, as well as African-American composers such as George Walker, Mark Fax, Thomas H. Kerr, and Adolphus Hailstork, all of who had affiliations with Howard University.  In addition to the study of music from the categories of oratorio, motet, cantata, and anthem, the choir also champions the Negro Spiritual.

The Classical Music of African-American Composers