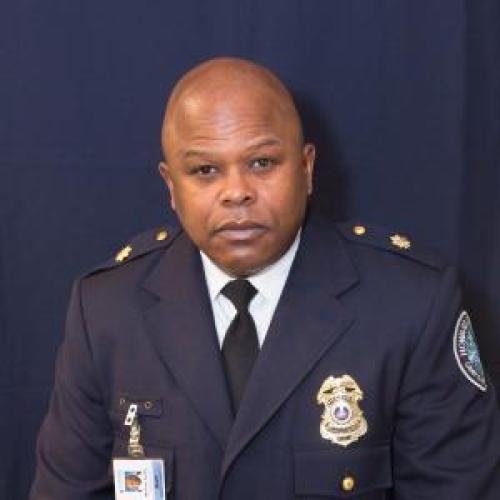 Marvin Autry serves as Assistant Director of Public Safety, Howard University Hospital Bureau. After a twenty plus year career in retail management as a Loss Prevention trainer and director in some of the largest retail outlets, Autry joined the Howard University family in March of 2010 as Supervisor of Howard University Hospital's(HUH) start up security team, HUH Protective Services. After a year of service, Autry was promoted to Assistant Director of Protective Services. There, he was responsible for managing the daily operations of the department, reporting directly to the director of the department. In 2014, Protective Services merged with Howard University Department of Public Safety(DPS), bringing Public Safety and Protective Services under one umbrella and Autry was named Captain of Howard University Hospital Bureau. In this capacity he reported directly to a deputy chief. In July of 2019, the HUH Bureau of DPS was reconstructed under the leadership of Chief Marcus Lyles and Autry was promoted to Assistant Director of HUH Bureau. During his service at HUH, Autry has been responsible for providing protection for NBA Legend Earvin Magic Johnson on the occasion of his visit to HUH. He also provided the same service for actor and Black Panther star, Chadwick Boseman his visit to HU as keynote speaker at the 2018 Commencement Ceremony. He has also trained HUH nursing staff on deescalation techniques and he also presents bi-weekly to all HUH new hires in their orientations.