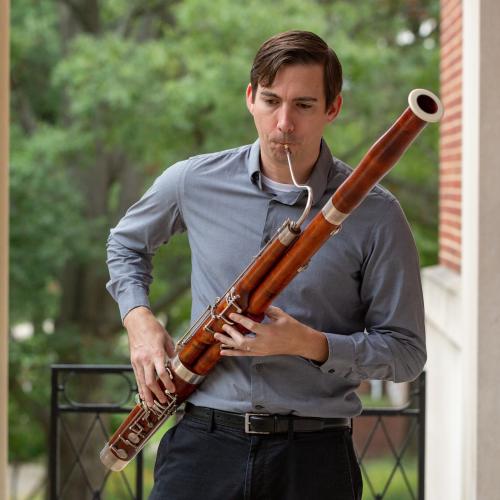 Grimmer was awarded an Independent Artist Award by the Maryland State Arts Council in 2020. He is a faculty member and Woodwind Chamber Music Director of the Miami Music Festival and maintains a private bassoon studio. Grimmer performs throughout the DMV area with the Juniper Trio with oboist Jamie Roberts and pianist Jamila Tekalli.

Grimmer earned his Master of Music degree from Rice University’s Shepherd School of Music, where he studied with Benjamin Kamins. He also studied with William Winstead at the University of Cincinnati’s College-Conservatory of Music, where he earned his Bachelor of Music degree. Grimmer was a fellow at the Lucerne, Aspen, and Sarasota Music Festivals and a prize winner at the International Double Reed Society’s Young Artist Bassoon Competition in Birmingham, England.