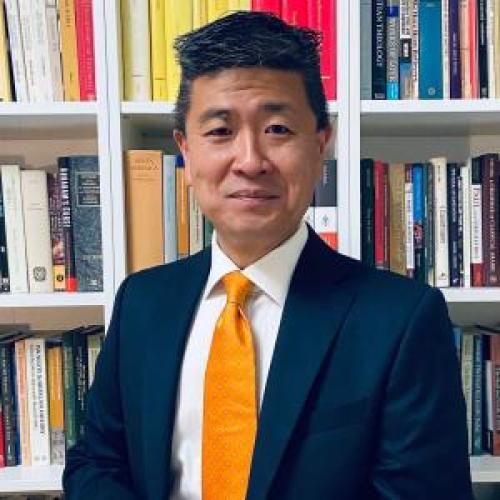 Dr. Ahn was president of the Mid-Atlantic Society of Biblical Literature (SBL) (2021-2022). He also served as the section review leader for Daniel and the Book of the Twelve (Minor Prophets)—NRSV-Updated Edition.

Dr. Ahn's monographs (authored and edited) include, Exile as Forced Migrations (de Gruyter, 2010), The Prophets Speak on Forced Migration (SBL Press, 2015), By the Irrigation Canals of Babylon (Bloomsbury, 2012), Thus Says the LORD: Essays in Honor of Robert R. Wilson (T & T Clark, 2009), and Landscapes of Korean and Korean American Biblical Interpretation (SBL Press, 2019). Currently, he is working on several projects of which two are: the Wilderness Wandering Tradition and an edited volume on The Last of the Kings on Forced and Return Migrations: 2 Kings 24-25.

Dr. Ahn has led NGO projects to Africa, India, Ukraine, Siberia (Russia) and spent time in Israel as an archeologist. He has also worked in leadership development at a Global 500 (Austin, TX). Since 1994, he has served congregations in New York and Texas. Dr. Ahn is ordained in the Korean Presbyterian Church in America (New York Presbytery) and served as the Senior Pastor of the Northwest Baptist Church (Austin, TX) (2011-2015).

He is married with three children. He is a former NCAA athlete (Men's Volleyball).

2021 "Pervasiveness of Wisdom in (Con)Texts," in The Oxford Handbook of Wisdom and the Bible, ed. Will Kynes (New York: Oxford University Press, 2021).

2020 "Forced and Return Migrations as the Mitte of the Hebrew Bible/Old Testament," in Christian Theology in the Age of Migration, ed. Peter C. Phan (Lanham: Lexington Books, 2020).

2015 "Story and Memory" in The Oxford Encylopedia of the Bible and Theology, ed. Samuel Balentine (New York: Oxford University Press, 2015).