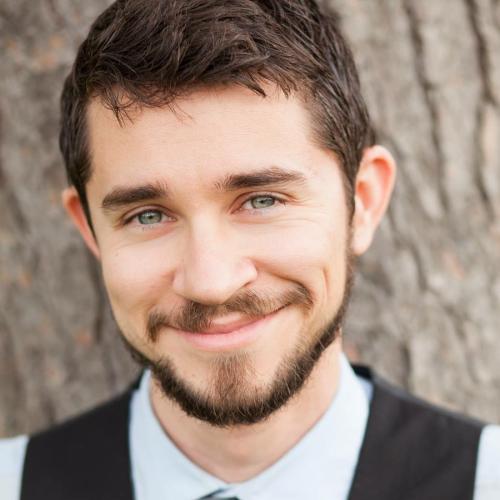 Dr. William Kenlon (b. 1983), based in Washington DC, is a composer specializing in music for chamber, choral, and jazz ensembles. Described as "pointed and groovy" (New Music Box), Kenlon's music continues to garner praise for its "lyrical personality that is original and strong" (Boston Musical Intelligencer), and for its sophisticated tonal explorations: "solid without being dense, clear without being sparse, and ever-changing without being random" (ibid). Enjoying performances on both coasts and on both sides of the Atlantic—most frequently in New England, but also at other locations such as Washington DC's Kennedy Center—Kenlon has studied with composers from a variety of traditions and backgrounds, including John Hilliard, Jason Haney, Chuck Dotas, John McDonald, and Mark Edwards Wilson; he has also taken lessons with Forrest Pierce, Gabriela Lena Frank, Stacy Garrop, and Libby Larsen, among others. Kenlon has studied at McGill University and at the New England Conservatory, and holds the BMus degree (magna cum laude) from James Madison University, the MA from Tufts University, and the DMA from the University of Maryland, which he attended as a Flagship Fellow.

Among the ensembles that have read and/or performed Kenlon's music are the James Madison University Jazz Ensemble and Symphony Orchestra (Harrisonburg, VA); the Tufts Wind Ensemble, Jazz Orchestra, New Music Ensemble, and Symphony Orchestra (Boston); the QX Quartet (Worcester, MA); the East Coast Contemporary Ensemble (Boston); the Spektral Quartet (Chicago); Ensemble Nouveau Classical (New York); and Fifth House Ensemble (Chicago). He has received commissions from NotaRiotous (resident ensemble of the Boston Microtonal Society), the JMU Treble Chamber Choir, the Tufts Chamber Singers, and baritone In Dal Choi (Washington, DC), among others. Recordings of his music have been released commercially by flutist Elizabeth Erenberg and by the Six Degree Singers.

As a performer, William is a baritone; he divides his singing time between standard choral repertoire and brand new works for various vocal forces. In the latter category, he has performed many of his own song cycles and has also premiered works by Meng Tian, Kevin Laba, Stefan Anderson, Sid Richardson, and Scott Aucoin. Education is also a vital part of his work as a musician; he has presented conference papers analyzing jazz improvisations, and has taught university and community courses in music theory, music appreciation, and jazz history. Another recent addition to his professional engagements has been adjudicating composition competitions, including those of Howard County Public Schools and the American Trombone Workshop. At the University of Maryland, he also served as Artistic Director of Tempo (the university's graduate student-led new music ensemble), as a member of the Arts & Humanities Graduate Advisory Board, the originator and inaugural leader of the UMD Composers' Colloquium, and as founding member and Vice President of the Eta Psi chapter of Phi Mu Alpha Sinfonia. He was a Visiting Professor of Music at St. Mary's College of Maryland in 2017, and since that time, he has maintained an active private studio and served on the faculties of the University of Maryland, Catholic University, American University, and Howard University.

Most recently, William is proud to be a co-founder and administrator of the District New Music Coalition, which promotes the advancement of contemporary music by connecting performers, composers, institutions, and audiences located in the Washington, DC metropolitan area through concerts, conferences, and active community-building.