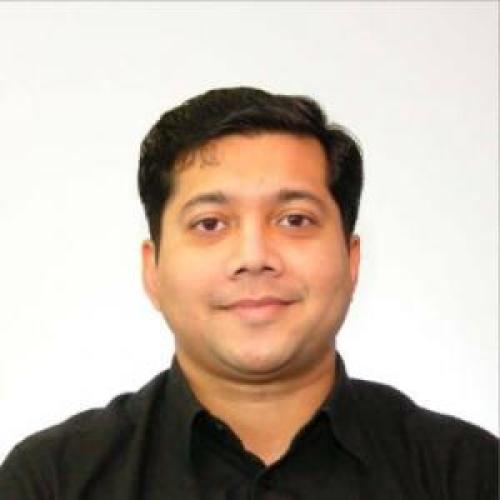 Dr. Ahmed works in the areas of wireless communications, signal processing, and computer networks. He finished his undergrad and Masters in Electrical and Electronic Engineering (EEE) from Bangladesh University of Engineering and Technology (BUET). He completed his Ph.D. in Electrical and Computer Engineering (ECE) from the University of British Columbia (UBC), Vancouver, BC, Canada in 2014. He then worked as a postdoctoral fellow at McGill University during 2014-15. Dr. Ahmed worked as a wireless systems engineer in Intel Corporation, San Diego, California for more than 3 years. He worked in developing performance simulation framework and baseband demodulation algorithms for LTE and 5G NR in Intel. He also worked as a visiting staff engineer in Oppo US research facility. Dr. Ahmed was involved with a California-based start-up, where he developed innovative algorithms for human-emotion detection and monitoring. Before joining Howard University, he worked as an Assistant Professor in Marshall University, Huntington, WV.

The baseband physical layers for wireless communications are designed with robust and efficient digital signal processing algorithms. In general, the algorithms are optimal for a given block in the system chain. Our plan is to replace a number of communication blocks with deep neural networks, train the networks with practical datasets, observe the end-to-end performance, and further optimize the system behavior. Furthermore, we aim at reducing the real-time computational complexity of the physical layer design.

UAVs, or drones, being increasingly popular among researchers, engineers, and hobbyists, have found a widespread and versatile new set of applications in different fields of engineering. The United States Federal Aviation Administration (FAA) forecasts that the number of commercial fleet of drones will be more than 450,000, whereas the number of units of personal and hobbyist drones will exceed 2.4 million by 2022. The UAV system infrastructure strongly depends on the communications between two UAVs and between a UAV and a ground station. Recently, UAVs have been envisioned by third generation partnership project (3GPP) to be adopted in cellular communication systems for 5G or beyond 5G systems to provide an ad-hoc coverage to ensure the seamless or urgent communications. Currently, we are working on wireless channel modeling for air-to-air and air-to-ground communication links and implementing different routing protocols for UAV network.

5G new radio (NR) standardized the use of millimeter wave (mmW) electromagnetic spectrum for carrier waves. Therefore, some of the existing signal processing techniques are required to be revisited. For instance, in order to encounter the high transmission path loss, massive multiple input multiple output (MIMO) has been envisioned to be exploited at the cellular base station. Channel state information (CSI) is required to obtain for accurate beamforming and beamcombining codebook design to compensate severe free-space path loss for mmW propagation. Our focus is to develop advanced signal processing tools for channel estimation and parameter calculations for mmW and massive MIMO systems.

EH nodes harvest renewable energies from their surrounding environment to carry out their functions. Energy can be harvested using solar, thermoelectric, and motion effects, or through other physical phenomena. EH nodes can be regarded as a promising option for deployment as they ensure a long system lifetime without the need for periodic battery replacements. In EH systems, energy is harvested at random times and in random amounts. A potential application area of EH nodes in massive Internet-of-Things (mIoT) for 5G. Randomness in incoming renewable energy along with physical (form-factor) constraints and limited computational resources of IoT nodes make the design problems for 5G mIoT network highly challenging. We solve resource allocation and dynamic control problems for EH nodes for different practical use-cases.