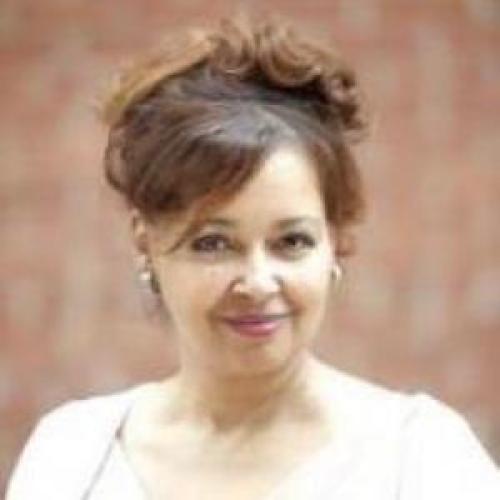 University Associate Professor of Curriculum and Instruction, School of Education

With a Ph.D. in Human Development, Dr. Bond’s expertise is teacher preparation, education for sustainable development, curriculum development, the scholarship of teaching (SoTL), and Preventing and Countering Violent Extremism (P/CVE) through education. She received the teaching with technology award at Howard University for her work with electronic portfolios and the Interdisciplinary Research Award for her research in SoTL. She was one of the contributing authors to the UNESCO publication, Teaching Respect for All: Implementation Guide, which outlines a curricular framework to promote respect for diversity which countries can adapt to their respective contexts and needs. Dr. Bond was also the contributing author to the UNESCO publication entitled, Teacher’s Guide on the Prevention of Violent Extremism, the first contribution to the implementation of the UN Secretary-General’s Plan of Action to Prevent Violent Extremism, announced in January 2016. Lastly, Dr. Bond co-chairs the Sustainable Development Solutions Network (SDSN-USA) with colleagues from Columbia, Yale, and UC-San Diego. SDSN was set up in 2012 under the auspices of the UN Secretary-General to mobilize advocacy around the Sustainable Development Goals. She was one of the coauthors of the monograph, Never More Urgent: A Preliminary Review of How the US is Leaving Black, Hispanic, and Indigenous Communities Behind published by SDSN-USA, Columbia in 2020. Dr. Bond also coauthored “Trash Hack Action Learning for Sustainable Development” that will be field tested in UNESCO Associated Schools Network around the world. Dr. Bond is also the liaison to the Howard University Center for African Studies. The Center is a comprehensive Title VI National Resource Center and a campus-wide hub that supports Africa-related research and teaching across campus. Howard University is one of only ten Universities in the U.S. (and the only HBCU) designated by the U.S. Department of Education as a comprehensive National Resource Center for African Studies. Dr. Bond’s commitment to quality education, internationalization, and inclusion contributed to her recent induction in the 2020 Alumni Hall of Fame by The Ohio State University Mansfield.

I am an Associate Professor in the School of Education, Department of Curriculum and Instruction at Howard University and a Fulbright-Nehru Scholar to India. I also serve as a liaison to the Center for African Studies at Howard University. I also have a background in human rights and peace education. I was appointed by then Governor Joe Manchin (now a U.S. Senator) to serve a term as a West Virginia Human Rights Commissioner confirmed by the State Senate.I also co-chair the Sustainable Development Solutions Network (SDSN-USA). SDSN USA is an initiative of the United Nations to mobilize scientific and technical expertise in support of the Sustainable Development Goals (SDGs). The 2030 Agenda for Sustainable Development was adopted by all United Nations Member States in 2015. SDSN USA has released In the Red: the US failure to Deliver on a Promise of Racial Equality, an index that measures the achievement of the SDGs based on how well US states deliver the goals to the least served minority groups. This index is one of the first known attempts to use the SDGs to assess unequal racial delivery of sustainability in the US. I coauthored the report that can be accessed here: https://www.sdsnusa.org/publication/inthered. The interactive maps can be viewed here: https://us-inequality.sdgindex.org/.  With a Ph.D. in Human Development, I am also the contributing author to the UNESCO publication, Teacher’s Guide on the Prevention of Violent Extremism, the first contribution to the implementation of the UN Secretary-General’s Plan of Action to Prevent Violent Extremism, announced in January 2016. I was inducted in the 2020 Alumni Hall of Fame by The Ohio State University-Mansfield for my work in diversity, equity and justice and education.

I also developed an educational board game, Labyrinth, with funding from the United Nations Office of Drugs and Crime (UNODC) in Vienna to help educate learners about radicalization. The game incorporates the Sustainable Development Goals (SDGs) that was adopted by United Nations Member States in 2015. The game and instructional book is featured on UNODC’s website in multiple languages. I was invited to speak at the 14th United Nations Congress on Crime Prevention in Tokyo in March 2021 which featured the Labyrinth and the Teacher’s Guide on the Prevention of Violent Extremism.Prof. Helen Bond, Ph.D., is currently co-chair of the Sustainable Development Solutions Network (SDSN)-USA, an organ of the United Nations (President Wayne Frederick of Howard University serves on the Leadership Council of SDSN-USA and Dr. Jeffrey Sachs of Columbia, who has advised several United Nation’s leaders co-chairs as well). Her work with SDSN-USA ties with Howard’s mission of empowering students toward creating a sustainable and equitable future, with K-12 teachers a critical component in helping youth envision such a future.

2020 Alumni Hall of Fame by The Ohio State University-Mansfield. 2020: Co-principal investigator with the Smithsonian Science Education Center in Washington, D.C., to develop, Inclusion across the Nation of Communities of Learners of Underrepresented Disc

Accomplishments:2021: Quality Matters certified: (QM Coordinator Training (QMCT) and in process with The Peer Reviewer Course (PRC) training.  Today, QM is considered the gold standard for online course design, advancing quality assurance practices in online teaching and learning and providing course and/or program certifications across five sectors - Higher Education and Higher Education Publisher, K-12 and K-12 Publisher, and Continuing and Professional Education - for over 1,300 member organizations across the globe.2020: Co-chair to the Sustainable Development Solutions Network’s (SDSN USA). SDSN USA is a part of the larger United Nations (UN) Sustainable Development Solutions Network that was set up in 2012 under the auspices of the UN Secretary-General.  2020:  Inducted in the Alumni Hall of Fame at The Ohio State University-Mansfield https://mansfield.osu.edu/alumni/alumni-hall-of-fame-awards/2020: Co-principal investigator with the Smithsonian Science Education Center in Washington, D.C., to develop, Inclusion across the Nation of Communities of Learners of Underrepresented Discoverers in Engineering and Science.2020: Co-principal investigator of a Minority Science and Engineering Improvement Program (MSEIP) STEM grant ($745,811) grant award from the US Department of Education to establish the Precollege Program and Access to Careers in Engineering.2019: Planned and implemented the sixth International Youth Literature Symposium with partners: Center for Contemporary Arab Studies at Georgetown University, Institute for Middle East Studies at the George Washington University, School of Education at Howard University, and the National Resource Center for Africa for which I serve as the educational liaison.2018-2019: Principal Investigator (PI) of a grant awarded from the Education for Justice (E4J) Initiative of the United Nations Office of Drugs and Crime (UNODC) to develop game-based curriculum to build resilience among youth. 2017-2018: Contributing author to the American Council of Education’s (ACE) publication “Institutional commitment to teaching excellence: Assessing the impacts and outcomes of faculty development.”2016-present: Liaison to the Howard University Center for African Studies: Howard University Center for African Studies (CfAS) is a comprehensive Title VI National Resource Center and a campus-wide hub that supports and enhances Africa-related teaching and research. It is one of only ten Universities in the US (and the only HBCU) designated by the US Department of Education as a comprehensive National Resource Center for African Studies.2016-present: Quality Matters Trained2015--present: Chair of Howard University Online (HUOL)2015: Human Rights Commissioner for West Virginia2014: Fellow at the Georg Eckert Institute for International Textbook Research in Braunschweig Germany2013: Featured author in the Ohioana Library. http://www.ohioana.org/authors/author-profiles/pg/7/2012: Fulbright-Nehru Visiting Scholar to India2012: Inspirational Interdisciplinary Award for the co-teaching and the co-development of the following African Studies Course: Social Media and Political Change in the African World (Howard University)2010: Walter and Theodora Daniel, an endowed educational fund in 2010. These awards support significant research studies on global education. 2010: Developed the successful proposal for Secondary Science Education approved by the Maryland State Department of Education (MSDE).2009: Teaching with Technology award for outstanding integration of technology in teaching and learning2008-2013: Faculty of Record for the Ready to Teach grant funded by the U. S.  Department of Education2007: Featured Teacher for Center for Excellence in Teaching, Learning, and Assessment (CETLA) at Howard2007: Sloane-C-Scholar to attend the 13th International Sloane C –Conference on Technology, Orlando Florida, Courses taught (face to face and online):Child Development/Human DevelopmentInternational EducationCurriculum and InstructionCulturally relevant PedagogyMulticultural EducationAction ResearchSocial Foundations of EducationSociology: Race and Ethnic Relations Educational PsychologyEducational Technology (both initial and advanced)American Educational ThoughtQualitative Research/Action ResearchIntroduction to Education /Student Teaching Seminar