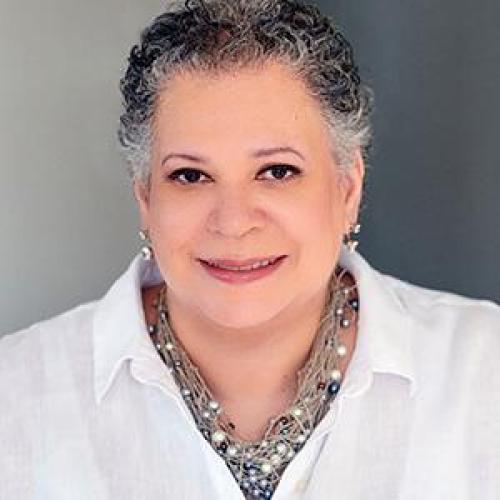 Dr. Hazel Ruth Edwards’ unique career has combined place-based research with planning and urban design practice and teaching. Her design background has served as the foundation for her multi- and interdisciplinary approach to architecture, urban design, and city planning.  Her research interests in quality of life (livability) are framed within urban contexts while focused primarily on historic residential and campus environments.

Her early work directly addressed the design and planning of the physical environment of planned new towns, the Howard University campuses in Washington, D.C., and neighborhoods facing disinvestment and decline amid serious social and physical challenges due to drug activity plus those facing gentrification and displacement of long standing African American residents.

Of note is a planning study that culminated in a book she co-authored entitled, The Long Walk: The Placemaking Legacy of Howard University (Moorland-Spingarn Research Center, 1996). This book traced the 129-year history of the physical development of the campus and was the historical framework for the 1998 Campus Plan. The book celebrated black architects who designed many of the buildings. It is a much sought-after resource for architects and developers engaged in work at the university.  As a Special Assistant for Campus Planning and Development at Howard she was able to chart the future for two of the university’s four campuses. The Long Walk project has led to funded research and published work on placemaking at other historically Black colleges and universities in the United States. Her essay, “On Hilltop High: The Enduring and Nurturing Landscapes of Howard University,” appears in Landscape and the Academy, Beardsley, John and Bluestone, Daniel, eds. (Cambridge: Harvard University Press, 2019).

Prior to returning to Howard, she was a member of the faculty of the Graduate Program in City and Regional Planning at the Institute of Architecture and Planning, Morgan State University (1999-2007). There she worked with students across the Institute (architecture, city planning and landscape architecture programs) to use urban design and planning principles to improve the quality of life of citizens at all socioeconomic levels and in different settings such as housing for domestic violence victims. She was also a co-principal investigator for two multi-disciplinary funded research projects focused on socioeconomic, community-based approaches for developing integrated mass transit systems in the City of Baltimore, Maryland.

As a certified Urban Planner and Fellow of the American Institute of Certified Planners (FAICP), she has been a member of several American Institute of Architects and American Planning Association volunteer teams focused on developing alternatives to complex urban design (UDAT), planning (PAT), community planning (CPAT), and sustainable design assessment (SDAT) challenges. These volunteer experiences provided the background for Dr. Edwards to guide the work of her students in communities throughout the Washington, D.C.- Baltimore, Maryland metropolitan region.  One such project received the Outstanding Student Project Award from the Maryland APA in 2002.

In 2007, she joined the faculty at the School of Architecture and Planning at The Catholic University of America. Shortly thereafter, she became the founding director of its new Master of City and Regional Planning, which was ranked in 2014 by Planetizen as one of the Top 15 Small Programs in North America. Her teaching was recognized through the 2009 Lankford Giles Vaughn Award for Professor of Architecture of the Year by the Washington, D.C. Chapter, National Organization of Minority Architects.

She joined the College of Engineering and Architecture at Howard University in July 2016 as Professor and Chair of the Department of Architecture, becoming the first woman in those positions in its 111-year history. She stepped down as department chair in June 2022 to focus on teaching and scholarship. For over 23 years, she has taught broadly across architecture and planning programs in the areas of ethics, urban stewardship, urban design and planning studios, land development law, social justice and urban issues, thesis research and studio, and planning history. In 2022, Architectural Record recognized her contributions to education through the Women in Architecture Design Leadership Award in the Educator category.

Her contributions to the planning academy and profession have been recognized in several awards including the 2015 Marcia M. Feld Leadership Award from the Association of Collegiate Schools of Planning (ACSP), the 2010 Outstanding Contributions to Chapter Award from the National Capital Area Chapter American Planning Association (APA), and the 2002 Outstanding Service to Chapter Award from the Maryland APA.  She was inducted into the George Washington Chapter of Lambda Alpha International, an honorary land economics society, in 2001.  She has served on several committees and task forces for ACSP, APA, and the Planning Accreditation Board.

Since 2019, she has served as the chair of the Planning and the Black Community Division (PBCD) of the American Planning Association’s PBCD FAICP Selection Committee, charged with increasing the numbers of black planners elected to the College of Fellows. She was selected to membership of the Harvard University Graduate School of Design Alumni Council in 2020.  She was also appointed to the American Institute of Certified Planners College of Fellows (COF) Committee in 2021.

At Howard, she is one of the Principal Investigators of a seven-institution research team funded by NASA. The Habitats Optimized for Missions of Exploration (H.O.M.E.) Space Technology Research Institute for Deep Space Habitat Design, is one of two space technology research institutes selected by NASA in 2019. H.O.M.E. is developing autonomous and self-maintained habitats for astronauts and robots. The Howard team is focusing on empathetic, human-centered design for an adaptive structure for space missions. The team’s hope is that by looking at space habitats that they can, in turn, impact earth bound settings.

Overall, the common thread of her academic and scholarly endeavors has been improving livability for all citizens—even those who might be in outer space.  Her work has facilitated her passion for increasing the representation of diverse voices in the fields of planning and design. Her participation in professional organizations extended her ability to create opportunities for her students and colleagues. Dr. Edwards’ innovative educational and mentoring techniques have nurtured a new generation of planning and design professionals expressing the built environment in a broad spectrum of cultural values.

Ph.D.
University of Illinois at Urbana-Champaign
1993

Fellow, College of Fellows of the American Institute of Certified Planners