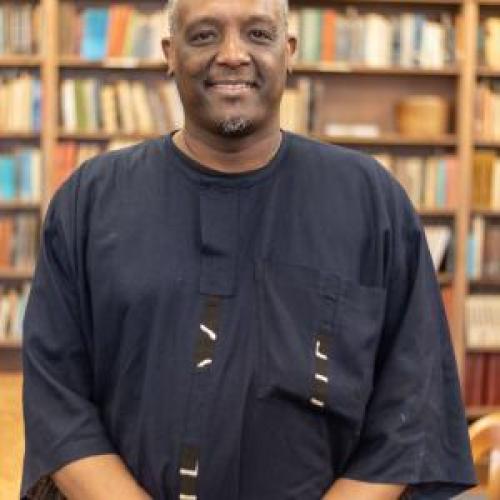 Greg Carr is an Associate Professor of Afro-American Studies at Howard University. He is also an Adjunct Professor at the Howard School of Law. He is First Vice President of the Association for the Study of Classical African Civilizations and Editor of The Compass: The Journal of ASCAC.  A former board member of the National Council for Black Studies, Dr. Carr has twice been named national “HBCU Male Faculty Member of the Year” by HBCU Digest and has been voted "Professor of the Year" several times by Howard students. He led the team that designed the curriculum framework for the School District of Philadelphia’s mandatory high school African American History course and, during his time as the District's Program Specialist on Race and Culture, co-founded Philadelphia Freedom Schools. His writing has appeared in books, academic and popular journals and he serves as a contributor to and/or commentator in a wide range of media. He is a weekly panelist on the daily digital news show “Roland Martin Unfiltered” and co-hosts Karen Hunter’s weekly Saturday YouTube series, “In Class With Carr.” His commentaries on the 50th anniversary of the Black Panther Party and the opening of the Smithsonian Museum of African American History and Culture appeared in the August and September 2016 issues of Ebony Magazine.Dr. Carr’s chapter, “Re-Literacy and African Power in the Trump Era,” appears in Not Our President, Third World Press’ book-length commentary on the Trump presidency. He tweets at @AfricanaCarr and blogs at drgregcarr.com