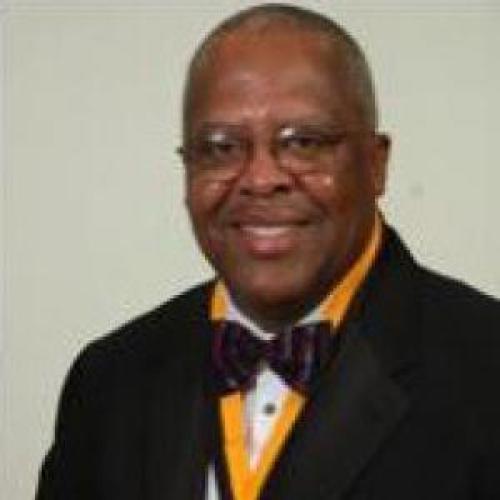 Trumpet, Jazz Ensemble; Coordinator of Instrumental MusicChilders Hall, Room B-002(202) 806-7066firby@howard.edu Fred Irby, III is a native of Mobile, Alabama and a graduate of Grambling State University (LA) and Southern Illinois University at Edwardsville.  As Professor of Music at Howard University in Washington, DC , he is the Coordinator of Instrumental Music , trumpet instructor and Director of the internationally acclaimed Howard University Jazz Ensemble (HUJE). The HUJE has given concerts in 12 states and the District of Columbia in the United States, Romania, Venezuela, Colombia, Guatemala, China, Japan, Senegal, West Africa, Haiti, Jamaica, Trinidad, Martinique, St. Thomas and St. Croix, U.S. Virgin Islands, produced 44 consecutive recordings in a distinguished series that began in 1976 and the ensemble was featured during the Kennedy Center Honors Gala(CBS-TV) in 1992 (Lionel Hampton), 1996 (Benny Carter) & 2005 (Tony Bennett) and other national and international televised events.56th Primetime Emmy Awards, Dancing with the Stars, America’s Got Talent, The Gershwin Awards,The Horatio Alger Awards and was principal trumpet for the cast album of the Stephen Sondheim musical “BOUNCE”. He was designated a Lowell Mason Fellow by the National Association for Music Education (2009), received the 2009 Disney Performing Arts Award for Excellence in Teaching Jazz, inducted into the Grambling State University “Alumni Hall of Fame” (2008), inducted into the Southern Illinois University at Edwardsville “Alumni Hall of Fame” (2016), received an Achievement Award in Jazz Education (2008) from downbeat magazine, received the Ronnie Wells Jazz Service Award during the 2016 Mid-Atlantic Jazz Festival and was given a Lifetime Achievement Award (presented by the late pianist and HUJE alum Geri Allen) during the 2016 DC Jazz Festival Gala at the Kennedy Center.  He has served as the Music Director of the Maryland, Oklahoma, Northwest MENC All-State Honor Jazz Ensembles and the inaugural MENC Honor Jazz Ensemble. He is an honorary member of the Board of Directors of the Washington Jazz Arts Institute (WJAI) and the International Women’s Brass Conference (IWBC).  He has served as an adjudicator for the downbeat magazine Student Music Awards, the Mid-Atlantic Arts Foundationand the Congressional Black Caucus Spouses Foundation Performing Arts Scholarship.  Professor Irby established the Benny Golson Jazz Master Award in 1996 to honor the legacy of the 1996 NEA Jazz Master and was instrumental in him receiving an Honorary Doctorate in Music from his alma mater (Howard University) in 2014. Additionally, he was instrumental in creating the endowedAbraham S. Venable Scholarship for students in the Jazz Studies program at Howard University. Mr. Irby holds active membership in the Kennedy Center Opera House Orchestra, NAfME: The National Association for Music Education, ITG: The International Trumpet Guild, ICSOM: The International Association of Symphony and Opera Musicians, the American Federation of Musicians and is a member of the Board of Directors of the Washington Jazz Arts Institute (WJAI) and the International Women’s Brass Conference (IWBC)    Professor Irby has been a member of the Howard University Department of Music faculty since 1974.           For more information go to www.huje.org   HOWARD UNIVERSITY JAZZ ENSEMBLEThe Howard University Jazz Ensemble (HUJE) was founded in 1975 by its director, Fred Irby, III. Outstanding performances in the United States, Europe, South and Central America, China, Japan, Africa and the Caribbean have caused it to be recognized as one of the foremost university jazz ensembles in the world.  HUJE has been heard on radio and television as well as in concert, often appearing with celebrated artists. Members of the HUJE have won awards as performers, composers/arrangers and the ensemble includes among its alumni many celebrated jazz artists. Additionally, the HUJE was featured during the 1992 (Lionel Hampton), 1996 (Benny Carter) and 2005 (Tony Bennett) Kennedy Center Honors Gala (CBS-TV). Beginning in 1996, the HUJE has presented semi-annual concerts on campus honoring the legacy of Howard University alumnus and 1995 NEA Jazz Master Dr. Benny Golson. The Benny Golson Jazz Master Award has been presented to seventy one (71) artists and institutions in honor of their legacy in Jazz. The HUJE has released 44 recordings in a distinguished series that began in 1976.To learn more about HUJE, please visit our web site at www.huje.org.