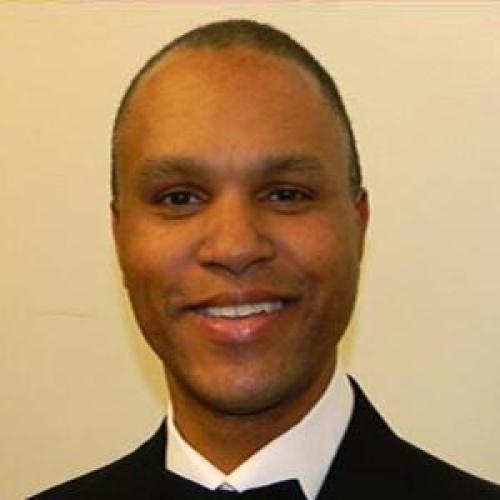 Dr. Eric Poole serves as an Assistant Professor in the Department of Music, Music Director for University Events, and Interim Director of Music in the Andrew Rankin Memorial Chapel. His faculty duties include teaching applied voice, choral conducting, and conductor of the Howard University Choir. As Music Director for University Events, Dr. Poole is the artistic director and principal conductor at university convocations, and in Rankin Chapel, he conducts the chapel choir in weekly services.

Dr. Poole has prepared singers for performances of Rosephanye Powell's The Cry of Jeremiah, Wynton Marsalis' Abyssinian Mass, and most recently, world premiere performances of Adolphus Hailstork's America's Requiem: A Knee on the Neck.

He has served as a choral clinician and conductor in festivals and workshops in North Carolina, Virginia, Maryland, and the District of Columbia. He has also conducted clinics with choruses from California, Minnesota, New Jersey, New York, South Carolina, and Utah.

Eric, his wife Stephanie, and his son Jeremiah live in Arlington, VA.