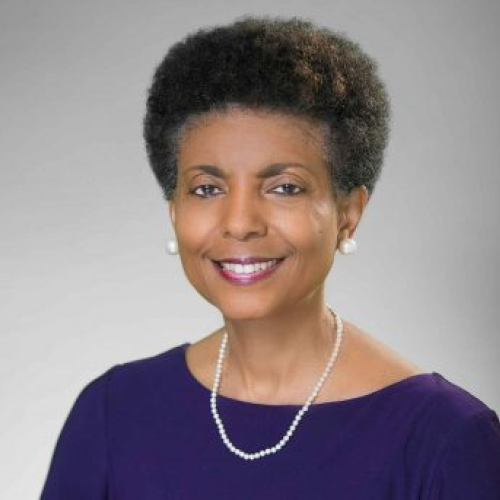 Dr. Elsie Scott is the founding director of the Ronald W. Walters Leadership and Public Policy Center, Howard University. Prior to that position, she served as President and CEO of the Congressional Black Caucus Foundation (CBCF). She has enjoyed a distinguished career in local government, nonprofit, and academic settings. She has taught political science, urban studies, and criminal justice at several universities, including Rutgers, North Carolina Central, and Howard University. She served as a deputy commissioner of training for the New York Police Department, executive director of the National Organization of Black Law Enforcement Executives (NOBLE), and she has held executive positions with the District of Columbia.

She serves on the boards of several nonprofit organizations, including the National Coalition on Black Civic Participation and the National Council of Negro Women.