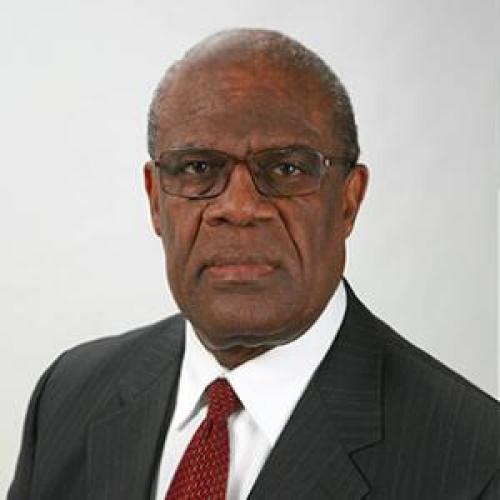 D.H. Kortright Davis, D.Phil., is Professor of Theology at Howard University School of Divinity. He is also Rector Emeritus of the Holy Comforter Episcopal Church in the District of Columbia, where he was the Rector (part-time) from 1986 to 2013. He has also served on the Anglican/Roman Catholic International Commission, appointed by the Archbishop of Canterbury and the Pope. He has been a member of the Faith And Order Commission of the World Council of Churches, as well as a member of the Inter-Anglican Theological and Doctrinal Commission.Dr. Davis is a native of Antigua, West Indies, and was trained for the Anglican priesthood at Codrington College, Barbados, where he also worked as Acting Principal, and Vice-Principal, and Lecturer, for some time. He was ordained Deacon in 1965, and priest in 1966, for ministry in the Anglican Communion. Additionally, he was a founding Executive of the Caribbean Conference of Churches, and was the Coordinator of its Inaugural Assembly in Kingston, Jamaica, in 1973. In the U.S.A., Dr. Davis is Commissary (Ecclesiastical Ambassador) to two Dioceses in the Church in the Province of the West Indies (CPWI), is an occasional External Examiner for the University of the West Indies (UWI).He has authored several books and chapters, and numerous articles. His list of books includes: Mission For Caribbean Change; Cross And Crown In Barbados; Emancipation Still Comin’; Can God Save The Church?; In Praise of Congregations; African Creative Expressions Of The Divine; Serving With Power : Reviving The Spirit Of Christian Ministry;  and Compassionate Love And Ebony Grace.His ongoing research interests focus on issues of Forgiveness, Gratitude, and Reconciliation among people of African heritage and descent.Dr. Davis joined the Howard University Faculty in 1983 as an Associate Professor, and was promoted to Full Professorship in 1987. He has earned degrees from the University of London (B.D.), the University of the West Indies (M.A. in History), and the University of Sussex (UK) with the Doctor of Philosophy (D.Phil.). He has also been awarded Honorary degrees from The General Theological Seminary (D.D), St. Paul’s College, Lawrenceville, Virginia (D.D.), The Virginia Theological Seminary (D.D), and The University of the West Indies conferred on him the Doctor Laws degree (LL.D.) in 2010.He is married to the former Joan Ianthe Thompson, since 1967, and together they are the parents of two daughters and one son, and five grandchildren.