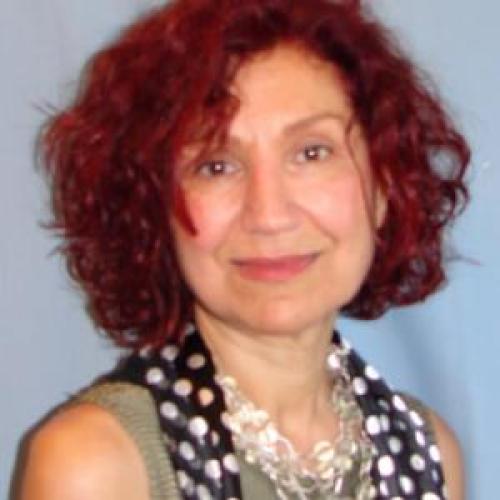 Derayeh Derakhshesh is Professor of French in the Department of World Languages and Cultures, College of Arts and Sciences with more than thirty years of successful experience in teaching French and Francophone literature and culture. In 2015, France conferred on her the distinction of Chevalier de l'Ordre des Arts et des Lettres (Knight of the Order of Arts and Letters),the country's highest cultural award.She holds a Ph.D. (Magna Cum Laude) from the University of Paris and focuses her research on  late 19th and early 20th century French literature, Women's and Feminist Studies, and Francophone literature with emphasis on feminist issues. In her publications and articles, she summons feminist theories on female language and female body to show how patriarchy constructs language and male-female dynamics.In 2017-2018, Derakhshesh produced a video interview as a contribution to African American Oral History, celebrating Howard University's 150th anniversary via the voice of the "Howard Women", showcasing their contributions. This interdisciplinary project was made possible in collaboration with the Department of Media, Journalism and Film in Cathy Hughes School of Communications at Howard University.Dr. Derakhshesh is an Advisory Editor for CLA Journal, and a Reviewer for the College Language Association Award Committee.She has been actively involved in serving on a number of College and departmental committees, including Chair of the Search Committee of the Department of World Languages and Cultures (2018); Chair of the departmental Curriculum Committee; Representative of her department in the Humanities Division; member of the College of Arts and Sciences APT and Merit Committees.Her extensive travel experience includes visiting Africa, Asia, North  and Central America, Europe and the Middle East .