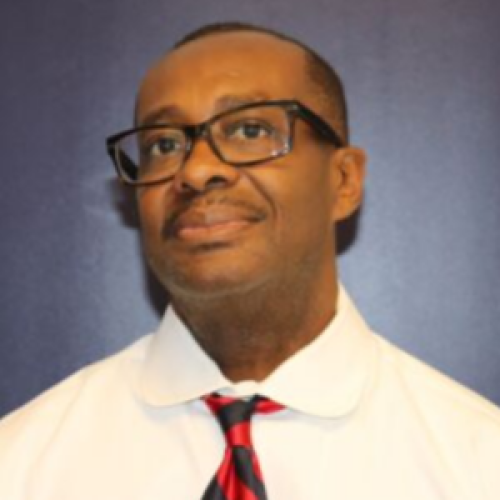 Darrell Fogan founded Metro Wellness in 1994 and has been teaching for over 30 years. Armed with innovative and specially designed teaching techniques, Fogan set out to encourage people to become mindful swimmers, pushing his students to perform at increasingly higher levels.   Coach Fogan spent 16 years on faculty and as the Director of Aquatics within Howard University's Health Human Performance and Leisure Studies Department, while simultaneously running Metro Wellness Institute Inc. He earned his M.S. in Sport Management and Health from Howard University and published his thesis "The Barriers That Impact the Swimming Ability of African-Americans Attending a Southeastern Historically Black College and University (HBCU)". While teaching, Coach Fogan was featured in a New York University (NYU) documentary "Teaching Blacks to Swim Through Fear." While teaching the ROCT swimming classes from 1999-2014, the Navy approach Coach Fogan to coordinate the aquatic selection of the Navy Seal Challenge. His ROTC student met the standard of the swimming skill set.  In 1992 D. Fogan was one of twenty African-American (AA) swimming Coach selected in the United States for training at the Olympic for increase the swimming of AA in competitive swimming. In his search to increase one’s self worth is what made him to make a journey to the east 1995 and 2001, Coach Fogan travelled to China, studying Tai Chi at the Beijing Wushu Institute. His second trip to China was during the infamous and heartbreaking 9/11 terror attacks. Fogan was scheduled to depart for China aboard American Airlines Flight 77, which crashed into the Pentagon on September 11th, 2001. Two days before the deadly crash, Fogan changed his departure date and left for China on September 10th. The Washington Post wrote an article about Fogan's life sparing moment in 2002. Today, he is a 2nd degree black belt and continues to study the art of Tai Chi. After 9/11, Fogan was inspired to live each day to his fullest potential and to keep teaching valuable skills sets that could potentially save people's lives.  Currently, Coach Fogan is the Assistant Swim Coach for Howard University's Men’s and Women’s Swimming & Diving Team (the only remaining HBCU Division I swim team in the country). He also continues to teach swimming courses at Howard University, while provided Red Cross trainings and running Metro Wellness Institute Inc.