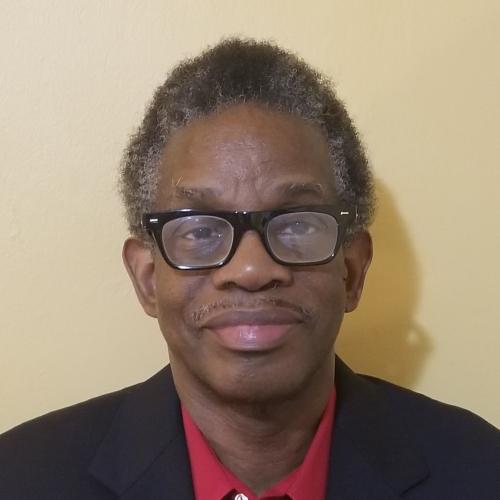 Dr. Clarence Lusane is a full Professor, former Chairman of Howard University’s Department of Political Science, and current Director of the International Affairs program.  He is an author, activist, scholar, lecturer, and journalist. For more than 40 years, he has written about and been active in national and international human rights, anti-racism politics, Diaspora engagements, U.S. foreign policy, democracy building, and social justice issues such as education, criminal justice, and voting rights.  He earned his B.A. from Wayne State University, and both his Masters and Ph.D. from Howard University in Political Science.

In addition to his scholarship on global relations, Dr. Lusane has been an official international election observer in Haiti and the Democratic Republic of the Congo. He spent two and one-half years living in London conducting research on racism and human rights in Europe, and working closely with European governments and institutions such as the European Union, the Council of Europe, and the Helsinki Commission, as well as many non-governmental organizations and community groups.

He has taught and been on the faculty at Medgar Evers College, Columbia University and American University, and been a visiting professor and lecturer in Brazil, China, France, Japan, New Zealand, Russia, South Korea, the UK, and Ukraine.

Dr. Lusane is the former Co-chair of the Civil Society Committee for the U.S.-Brazil Joint Action Plan to Eliminate Racial Discrimination, a bi-lateral agreement involving the U.S. and Brazilian governments and civil society in both nations. The venture created collaborative cross-national anti-racism projects in the areas of education, health care, employment, environment, and criminal justice. He has also been a political consultant to the Congressional Black Caucus Foundation, and many elected officials. He is also a former Commissioner on the DC Commission on African American Affairs.

In 2013, he served as a special on-air guest expert for C-SPAN’s coverage of both President Barack Obama’s second inauguration, and the 50th anniversary of the March on Washington, and frequently is interviewed and asked to provide commentary on both national radio and TV programs such as MSNBC, CSPAN, Democracy Now!, the Tom Joyner Show, and other popular shows.

His most recent book is The Black History of the White House. The book has been presented on two occasions at the White House. His other books include Colin Powell and Condoleezza Rice: Foreign Policy, Race, and the New American Century; Hitler’s Black Victims: The Experiences of Afro-Germans, Africans, Afro-Europeans and African Americans During the Nazi Era; Race in the Global Era: African Americans at the Millennium; and Pipe Dream Blues:  Racism and the War on Drugs among others.  His next book, Twenty Dollars and Change: Harriet Tubman and the Ongoing Struggle for Racial Justice and Democracy, is scheduled for release in 2022.

Race in the Americas

How D.C. could decide the next presidential election

The article argues that the exclusion of D.C. from having a vote in the event that the U.S. House of Representatives  has to decide the outcome of a presidential election is undemocratic and can be remedied reform of the Electoral Vote Act.

Colin Powell was a paradoxical man in a polarized time

In the aftermath of the passing of Colin Powell, the article argues that Powell should be remembered for all of his complexities and contradictions, and not as either an unvarnished hero or war-mongering villain.

The Emancipation Proclamation Did Not End Slavery. Here’s What Did

In light of the designation of "Juneteenth" as a federal holiday, the article clarifies that slavery did not end with the arrival of Union troops in Texas on June 19, 1865, where they freed those who remained in slavery there, but emancipation was not formalized until December 6, 1865 when the 13th Amendment was ratified.