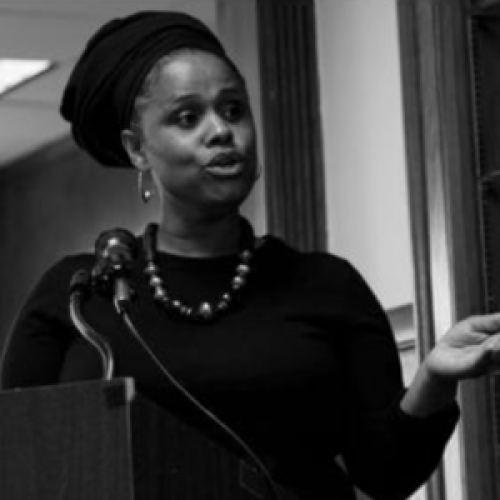 Bilqis Watts Wilkerson joined the Thurgood Marshall Civil Rights Center at Howard University School of Law (“the Center”) as Managing Director in Spring 2021.As Managing Director, Bilqis is a change agent who will improve the way the Center operates. Wilkerson is a subject matter expert in racial reconciliation and has been facilitating trainings and workshops on anti-racism, racial equity and inclusion since the early 2000s.Wilkerson is a 2020 graduate of Howard University School of Law. As a law student, Wilkerson worked with the Center during her 2L and 3L year. Wilkerson was a research assistant for the forthcoming 7th edition  of the legal textbook, Race, Racism, and American Law. The text was originally written by Derick Bell, and was the first casebook published specifically for teaching race-related law courses.As a student member of the staff, Wilkerson helped coordinate the Mid Decade Summit an international conference organized to advance the interests of Afro-descendants around the world with the United Nations and leaders in civil society; she drafted the Center's letter to the InterAmerican Commission on Human Rights on Reparations for Afro-descendants in the United States; she coordinated logistics for the Movement Lawyering Conference with the Advancement Project; she collaborated to produce an Amicus Brief to the Supreme Court for Black Lives Matter protester DeRay McKesson; and many more projects.Wilkerson is the founder of the consulting firm Watts Wilkerson Associates. Her service to countless non-profit and community organizations, includes Public Allies, Congressional Black Caucus, the Offices of the Honorable Barbara Lee, the Servant Leadership School, and multiple school and local community groups. She is a leader, a manager and a capacity builder.