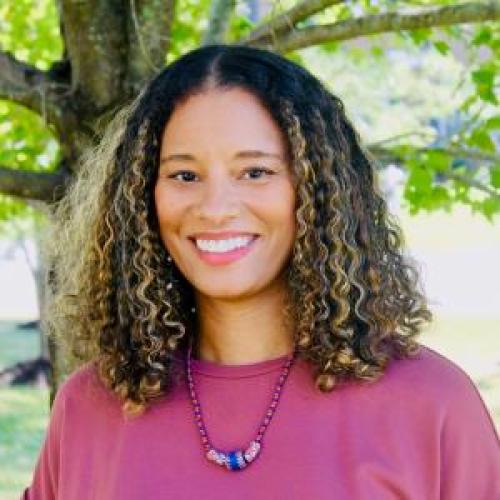 Anita Plummer is an Assistant Professor of African Studies at Howard University. Currently, she is the Associate Director of Research and Faculty Engagement at the Center for Women, Gender, and Global Leadership. Her research and teaching focus on African political economy, transnationalism, public diplomacy, and Sino-African relations. Before joining the faculty at Howard University, she taught International Studies at Spelman College in Atlanta, Georgia and she was also a Mellon post-doctoral fellow in the Cultures in Transnational Perspective Program and Visiting Assistant Professor of Global Studies and Political Science at the University of California Los Angeles. She was awarded a Carter G. Woodson Center Pre-doctoral fellowship at the University of Virginia where she researched Mandarin language in Africa.

Dr. Plummer has conducted field research in China, Kenya, South Africa, Mozambique, and Senegal. Her current book Kenya’s Engagement with China: Discourse, Power, and Agency will be published by Michigan State University Press in November 2022. Her articles on China's engagements in Africa have been published in the National Political Science Review, the Journal of Asian and African Studies, Africa, the AfricaFocus Bulletin and Foreign Policy in Focus.

In addition to her work in academia, Anita has a passion for activism, community organizing, and international solidarity. She has co-coordinated seminars to South Africa, Namibia, and Mozambique with students, teachers, and activists to dialogue on issues ranging from state-sanctioned violence/police brutality, liberation movements and unfinished social justice agendas. She has served as a coordinating committee member of the U.S. Africa Network and currently serves as the South Region Executive Committee's co-clerk of the American Friend's Service Committee and a board member of the Black women's policy think tank, at the Forefront. She was a past co-convenor of the African Studies Association's Women's Caucus and currently serves on the Steering Committee.

This course, Introduction to Contemporary Africa, seeks to illuminate and clarify the profoundly international character of the world we live in and to introduce a set of contemporary issues and challenges that affect every region of Africa. This interdisciplinary course is designed to introduce students to Africa’s history, geography, culture and political economy. Nevertheless, Africa is unquestionably diverse; it is the world’s second largest continent and the second most populous with 54 countries. In this course, students will challenge their assumptions, ask critical questions and seek new knowledge of Africa. Individual country cases will be used to explore contemporary theoretical debates in history, political science, geography, development economics and anthropology.

Nelson Mandela stated that, “poverty is not an accident. Like slavery and apartheid, it is man-made and can be removed by the actions of human beings.” Both economic development and globalization are complex and subjective concepts debated by practitioners and scholars alike. It’s generally understood that economic development is a process that leads to sustained and sustainable economic growth per capita, a reduction in poverty, an expansion of economic opportunities for all citizens and thus higher standards of living. This course unpacks the contested concepts of development with the intent to explain the development gap between rich and poor nations as indicated by income, life expectancy, health and education. The gap between rich and poor countries is evolving, in some cases widening and in others shrinking. This course explores the trends in uneven development and strategies to overcome it.

This course explores the historical and contemporary components of African countries’ diplomatic, economic, and cultural relations with China from the seventh century to the present. Students critically examine the foreign policies of African nations and China with a particular focus on how those policies impact local communities in Africa. The nature of this relationship raises questions about China’s ‘intentions’ in Africa—‘Is this a new scramble for Africa?’ Students employ a multidisciplinary analysis of Sino-African relations to unpack and then deliberate on the complexities of Africa and China’s relationship. Discussion topics include: China’s loan and aid programs, foreign direct investment, infrastructural development, governance, military cooperation, cultural diplomacy, and migration.

For the past decade, the combined economies of Brazil, Russia, India, China and arguably South Africa have shifted power in the international system and Africa away from the G7 countries. This seminar course will address this shift and situate it within wider debates and processes around the changing nature of the international system, the politics of development, and the political relations of ‘South-South’ globalization. The BRICS have changed the nature of international political economy not only in the world system but also in developing countries where their investment will continue to shape local markets. This interdisciplinary course stands at the intersection of international relations, development studies and international political economy.

Africa has had a rich tradition of expressive cultures from the griot to the Nollywood film director. This course explores the evolution of postcolonial African film and literature.  African films and literatures are a vital part of the cultural artifacts that reflect the creative imaginations of people of African descent.  This course approaches these mediums as art that should be interpreted and critiqued within a historical context that reflects a specific time and place. Film and literature often address, implicitly or explicitly, our assumptions, our values, our aspirations, and our fears. Thus, this course will explore how writers and filmmakers imagine their subjects in the midst of rapidly changing societies. This course will allow you to begin your exploration of the field by watching, discussing, and writing about films, and engaging in critical readings of major texts.

In recent decades, Kenya has witnessed profound changes in its economic, cultural, and environmental landscapes resulting from its interactions with China. University students are competing for scholarships to study in China, coastal artisanal fishers are increasingly worried about Chinese-owned trawlers depleting fish stocks, fishers on Lake Victoria are grappling with the impact of frozen tilapia from China, and unemployed youth are seeking a fair shot at working on one of Kenya’s multimillion-dollar Chinese-funded infrastructure projects. Anita Plummer’s Kenya’s Engagement with China investigates the tension between official Kenyan and Chinese state narratives and individual Kenyans’ reactions to China’s presence to provide insight into how everyday Kenyans exercise their political agency. The competing discourses Plummer uncovers in person, in the news, and online reveal how Kenyans use China to question local power structures, demand policy change, and articulate different visions for their country’s future. This critical text represents the next step in research on Sino-African relations.

AbstractThe Kenyan government's long-term development strategy, Vision 2030, has emphasized infrastructural investments, which it believes will lead to sustained economic growth. The government has appealed to China to fund large-scale projects in the transport sector, and as a consequence of this, construction firms from China have emerged as significant employers in the country. While the Kenyan government contends with the ongoing burden of youth unemployment, it must also reconcile the ambiguities of China's role in Africa and its implications for the labour market. This article examines two Chinese-built infrastructure projects in Kenya and their intersection with several issues involving migrant labour and local rumours of Chinese prisoners, as well as the state's vision for industrialization and youth employment. Kenyans utilize both online and interpersonal channels of discourse to critique present-day employment practices in the transport sector, and it is argued that these counter-channels of discourse represent a particular articulation of knowledge used by Kenyans to construct meaning and interpret ambiguous situations. Through a theoretical analysis of rumour, this article illustrates how ordinary Kenyans are pooling their intellectual resources to understand Sino-Kenyan labour relations in the absence of transparency and participatory government processes in the infrastructure sector.

AbstractSince 2006, bilateral trade and investment between Kenya and China has increased along with the presence of state and non-state actors from China. With China’s reemergence on the African continent comes a need to earn a positive reputation and image of the Chinese actors in Africa. Historically, China’s relationship with poor countries has played an important role in its grand strategy.  The Sino-Kenyan diplomatic arena is a medium by which China and East Africa’s historical contact has been carefully crafted and conveyed to both Kenyan and Chinese publics. History has been adapted to fit the ideals and vision of Chinese diplomats in order to protect and advance their own political and economic interests in Kenya. By examining cases temporally tied to the 14th century Zheng He voyages to Kenya’s coast, Afro-Asian solidarity movements, and Cold War relations between Kenya and China, this study explores the core values that are articulated in the interest-bound and culturally-bound information distributed by Chinese diplomats in Africa.Keywords: Kenya, China, public diplomacy, soft power, Cold War, Africa