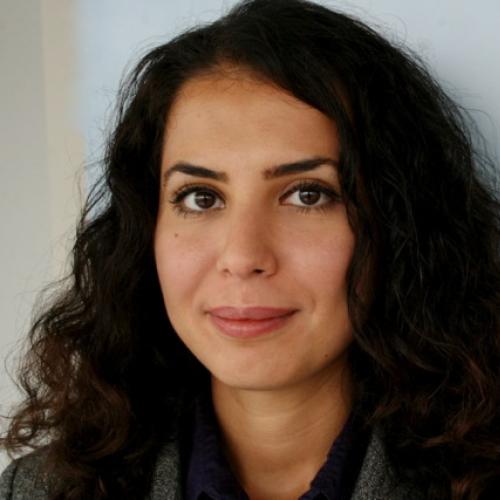 Anaheed Al-Hardan is an associate professor of sociology. Her research centers on colonialism and resistance in relation to counter-memory, anti-colonial knowledges and south-south thought in the Global South, and has appeared in Journal of Palestine Studies, Qualitative Inquiry, Comparative Studies of South Asia, Africa and the Middle East, Journal of Holy Land and Palestine Studies, International Sociology and Contemporary Sociology. She is the author of the award-winning Palestinians in Syria: Nakba Memories of Shattered Communities (Columbia University Press, 2016), joint winner of the 2016 Academic Book Award at the London Palestine Book Awards. The book was translated and published in Beirut by the Institute for Palestine Studies in Arabic in 2020. Her current book project examines Arab anticolonial theory within the context of south-south philosophies of liberation and decolonization in Africa and Asia. She is a Principal Investigator on the Andrew W. Mellon Foundation-funded research program Afro-Asian Futures Past, a collaborative research program on the decolonization era with Howard University, the American University of Beirut, the University of Ghana, Cape Town University and the University of the Witwatersrand.

Previously, Anaheed Al-Hardan was an assistant professor of sociology at the American University of Beirut (2014-22), the Arcapita Visiting Professor of Arab Studies at the Middle East Institute at Columbia University (2018), Visiting Scholar at the Bandung Humanism Initiative at the Institute for Comparative Literature and Society at Columbia University (2018), Visiting Fellow at the Berlin Graduate School for the Study of Muslim Cultures and Society at the Free University of Berlin (2017), Research Fellow at the ICI Berlin Institute for Cultural Inquiry (2011-14) and a Doctoral Fellow of the Palestinian American Research Center (2008).