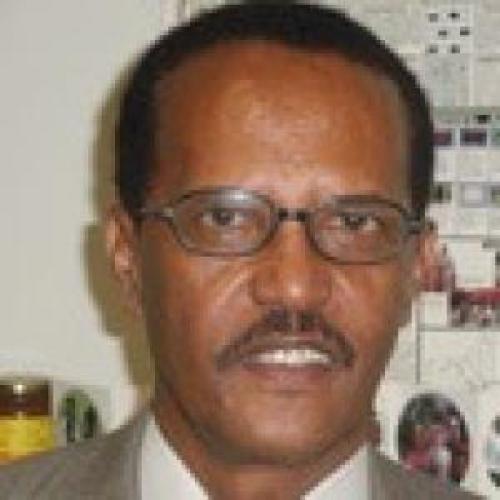 Dr. Alem Hailu, completed graduate studies at Syracuse University where he obtained a Ph.D. in Social Science and an MA in Social Science and MA in Public Administration at the Maxwell School of Citizenship and Public Affairs.  He has worked in various academic, public and non-governmental institutions. He has been engaged in development, public policy, and human security initiatives in Africa and the Global South. He has also developed partnership projects for governmental and non-governmental institutions as well as international organizations. A strong believer in collaborative work between academic, governmental and public/private institutions of learning and public policy organizations, Dr. Hailu has organized international conferences on themes ranging from race and xenophobia, war, violence and terrorism to Interdisciplinary responses to the challenges of technological changes involving the impact of social media, technology and cross-border flows of ideas and goods across the Continent and the world. One major area of interest that brought together scholars, diplomats and civic leaders was the topic of a two-day international conference he organized on China-Africa relations and its implications for global politics, human security and stability. An important symposium he helped organize on the socio-political changes in Africa similarly convened scholars and public servants in a two day discourse co-sponsored by several departments at Howard.  He was a recipient of the 2012 Inspirational Interdisciplinary Project Faculty Senate Award bestowed to “recognize faculty who excel in the areas of research, scholarship, teaching and service”.Research interests include public policy, sustainnability and development, the African Diaspora, African Studies in a globalizing world, and the political economy of nations in transition. Dr. Hailu’s education and work is informed by the imperatives for developing new approaches to confronting the challenges of global inequality, conflict and social displacement within the framework of formulating global policy responses in an increasingly interconnected world.His teaching philosophy follows the often-debated quote of Plutarch and Yates that states “education is not the filling of a pail but lighting a fire.” In agreement with the admonition that “college education should not be about dribbling drops of knowledge that students collect as they move from course to course”, modes of inquiry and learning are imparted by interactive and holistic approaches that involve students in vital classroom discussions and engagements that challenge orthodoxies and rigid knowledge boundaries. Points of convergence and divergence between the epistemological and ontological approaches of the African World and other cultures are debated and laid out for guidance in learning  and research.

public policy, sustainnability and development, the African Diaspora, African Studies in a globalizing world, and the political economy of nations in transition