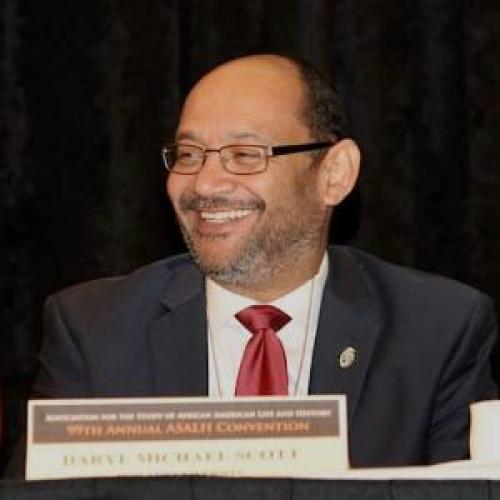 Professor Scott specializes in modern United States History and has taught at Howard since 2003. He previously taught at the University of Florida and Columbia University. He received his doctorate from Stanford University in 1994.His book, Contempt and Pity: Social Policy and the Image of the Damaged Black Psyche, 1880-1996, won the Organization of American Historian's 1998 James Rawley Prize for the best work in race relations. His essay, “Postwar Pluralism, Brown v. Board of Education, and the Origins of Multicultural Education,” was published in the Journal of American History in 2004.He is the editor of three books, including a lost manuscript he discovered by Carter G. Woodson, Carter G. Woodson’s Appeal, which was published in 2008.He was the founding co-editor of Fire!!!: The Multi-Media Journal of Black Studies, the second multimedia journal on the JSTOR platform. In 2005, he established and served as the director of the ASALH Press, which replaced the Associated Publishers as the publishing arm of the organization.He served on the editorial board of the Journal of African American History from 2000-2016.He has served on several book award committees, including for the Organization of American Historians, the American Historical Association, and the Pulitzer Prize Committee.He has contributed to the development of social scholarship. In 2004, he established and served as editor of the Woodson Review, a history magazine for the public, and served as its editor for nine years. During the same period, he served as editor of ASALH’s Black History Kit, which has been a public scholarship project since 1948.He has taken leadership roles in professional and community organizations that promote scholarship. He has served on the nominating committee for the American Historical Association, but most of his service has been with ASALH. Between 2002 and 2015, he devoted himself to rebuilding ASALH’s Annual Meeting, taking it from 239 registrants in 2002 to nearly 1,500 during the ASALH centennial. He served as program chair or co-chair for the following ASALH Annual Meetings: 2002, 2003, 2004, 2006, 2007, 2008, and 2009. As Vice-President for Programs at for ASALH (2006-2013) he managed the business affairs of the ASALH publications, including the Journal of African American History.He has served as a director of Black Studies program at the University of Florida and as chair of the Department of History at Howard University. From 2013 to 2015, he served as Centennial President for the Association for the Study of African American History.