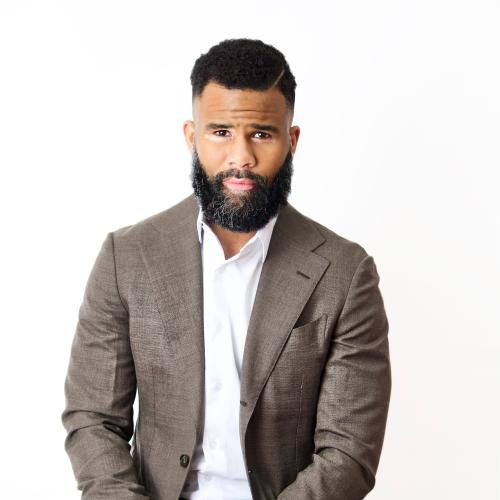 Christopher C. King is a nationally recognized educator and innovator due to his distinguished career in social impact.

Lately, he is leaning into venture capital, board service, and consulting given his diverse skillset as a venture partner, professor, and founder of an ed-tech company. He is serving as a Professor at Howard University's School of Business and was named an Education Pioneers Impact Fellow. In his role, he supported data and strategy teams on advocacy for the City Fund, in their $200M national effort to invest in education reform by empowering systems of great schools. Prior to this, he began his journey in entrepreneurship as CEO of We Are Marcus, where he created an education technology company that develops mentoring experiences for black youth with data-driven tools at middle and high school levels. There, he established partnerships throughout the US, the Caribbean, and Africa.

His innovative work has been featured in Black Enterprise, National Public Radio, and recognized by the National Institute of Health.

As a moderator and organizer, he led a journalistic style discussion at Google DC and moderated an equity discussion with diverse tech leaders at National Public Radio (NPR). Recently, he also hosted a live discussion with DeRay McKesson, Jeff Johnson, and dissenters on black men at the ballot to create a safe space for black men to discuss the 2020 presidential election openly. King has also been an honored speaking guest at Howard University School of Law, the National Urban League, and Oscar Healthcare to name a few.

King's work is informed by a wide breadth of experiences in activism, tech, and social impact ranging from teaching in an urban charter school, to operations work on President Barack Obama's Virginia campaign in 2012, and corporate affairs in Silicon Valley's Intel Corporation. He earned his MBA from the School of Business at Howard University, his MPA from the Austin W. Marxe School of Public Affairs at Baruch College in New York City, and his bachelors in Public Policy from Rockefeller College at the University of Albany. He is based in Maryland where he enjoys being a mentor to youth, advisor to startups, and strength-training.

This course is designed to introduce students to the basic concepts of Problem Solving Methodologies. The objective is to improve students analytical thinking and reasoning skills, provide students with a systematic process for thinking through a problem when they do not know the proper steps, algorithm, standards, process, or methods (i.e. when confronted with an intractable problem), and teach students strategies that is applicable for solving problems in any business discipline. Students will utilize pen and paper, as well as microsoft excel spreads

Marketing study on small businesses via the CARES Act, Small Business Development Coroporation, and the Small Business Administration during the pandemic. Measuring the effects of customer attraction and retention during COVID-19.